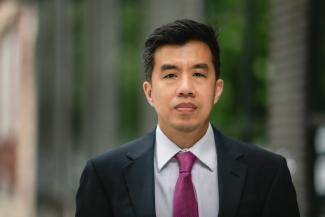 While the future is never certain, there are some signs that are too hard to ignore, especially when multiple signs are pointing to the same outcome. With this in mind, we should consider some of the economic signals we regularly look at. On one level we have some negative data showing that we may be heading into a recession.

Let’s look at housing, the largest driver of economic growth in the U.S. Here we have data that would suggest we are entering a period of recession. The number of new single family homes sold is in a downtrend and dipping below 600,000, similar to other periods prior to recession

If we continue along these lines and unless we get a rebound soon, we are likely headed into a recession. (Recessions usually begin to end when the number of new single family homes sold goes below 400,000.)

Other examples which would confirm this signal includes the current path of the LEIs (or the leading economic indicators.) As seen below, when compared to other periods as the indicator starts trending downward significantly, it generally does not turn around—it means a recession will eventually occur.

It is not clear when the next recession will occur from this chart—that is when the fall becomes precipitous. In recent economic cycles, the start of a downtrend has preceded a recession by about two years. In 2020 it was simultaneous. Why the delayed reaction in some instances and not in others? While slowing growth does not immediately result in a recession and a shrinking economy, slow growth does mean the economy is vulnerable to shocks (such as oil shortages, bank failures, pandemics) and these can have severe negative effects when the economy is already weak.

Despite these two bleak examples, there is also disconfirming information that shows that we may not yet fall into a recession in the near term. On the industrial side there is no immediate evidence of economic slowdown, as industrial production continues to trend higher.

In terms of business spending, we still see positive signs from the transportation sector. Transporters are still willing to make capital expenditures, which are signs of investments toward the future.

Generally, we would see a steep drop off in large vehicle sales before a recession. This is because transporters would hold off on such large outlays of capital spending rather than have them lay dormant during a recession. And that has yet to occur. Instead, as capital spending continues it reflects some optimism that economic growth will continue for some time yet.

Overall, as the Fed continues its tightening policy by raising rates, it is certain to have an effect on inflation.  However, this also results in the economy becoming weaker as some of the charts above seem to indicate. While there is no imminent signal that the economy is about to go into a precipitous decline, a more hawkish Fed does make the economy weaker and more vulnerable to external shocks should they occur.